We concluded Kommers / Saengerfest 2014 by performing a short concert in the Capitol Rotunda. Afterward, we headed over to the Essen Haus to enjoy some beer, brats and music. Thankfully this all occurred before the rain returned.

Here are some pictures – as always, click on the image to see a larger version of the photo. 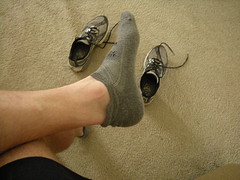 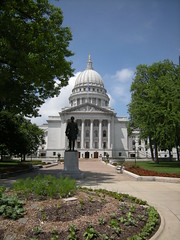 Capitol
We sang in the Capitol Rotunda. The statue is a memorial to Colonel Hans Christian Heg who was born in Norway and was killed in action at the battle of Chickamauga in 1863. 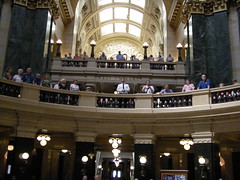 Capitol Concert
For some unknown reason we actually started promptly at noon. We should never let this happen again. 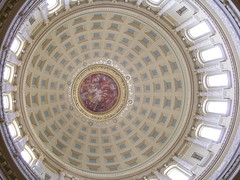 Capitol Concert
The acoustics in the Capitol make it an interesting place to sing. 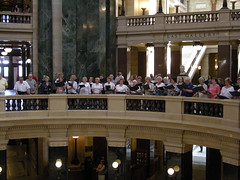 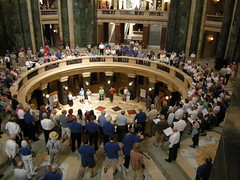 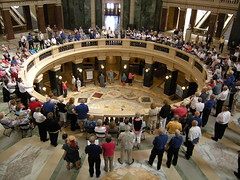 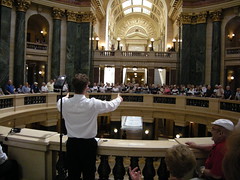 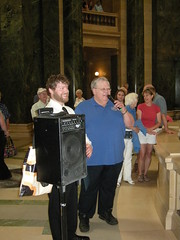 Happy Birthday
After the combined choirs sang, we sang happy birthday to John. 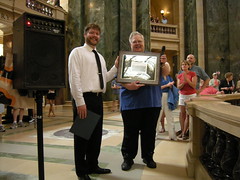 John
John is stepping down as director of the Madison Maennerchor. Our president Dick presented John with a plaque thanking him for his many years of directing the choir. 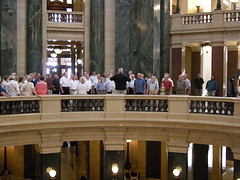 Kommers
The winner of the competition was announced: Milwaukee Liederkranz 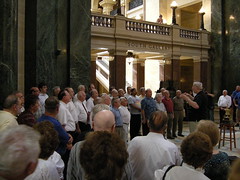 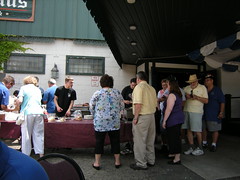 Essen Haus
Afterward, we adjourned to the Essen Haus for some refreshments: beer, brats and music 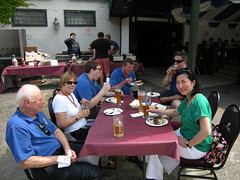 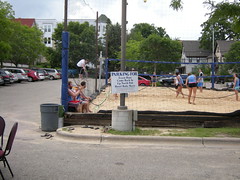 Essen Haus
Tim challenged Liederkranz to a volleyball game, but they said something about having to get back to Milwaukee... 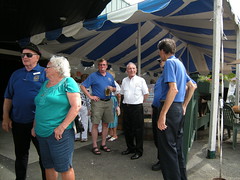 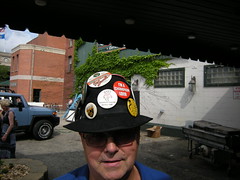 Hat photo
Here's a hat photo in case you were getting tired of all the sock pictures. 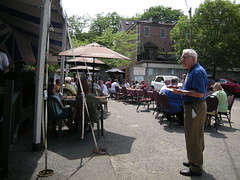 And in the end...
...as Kommers / Saengerfest wraps up for 2014, Auf Wiedersehen from Madison!