The Kommers competition for 2014 was held on Saturday June 21 at Madison Turner Hall. The competition began at 11:00; seven choirs performed – the Schwaben Maennerchor and Milwaukee Liedertafel performed together.

After the performances, we had a catered dinner.

Here are some photos – click on the image to see a larger version. 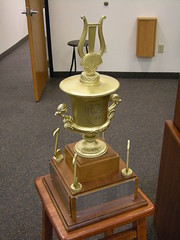 The Kommers traveling trophy
Who will win the competition in 2014? 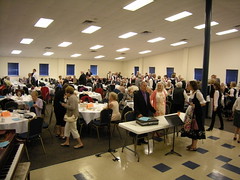 Madison Turner Hall
Getting ready for the competition 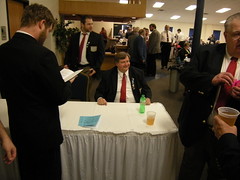 Madison Turner Hall
At the welcome desk in the banquet hall 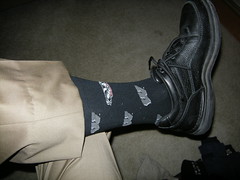 Traditional uniform sock photo
Well, they are dark socks, and it is the *Wisconsin* Saengerbezirk Kommers... 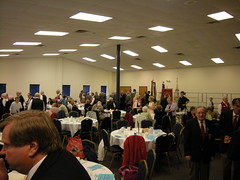 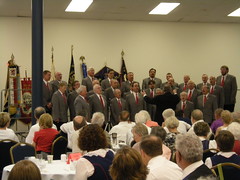 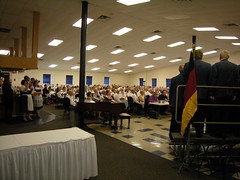 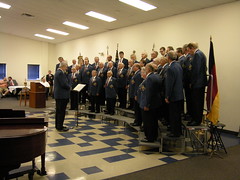 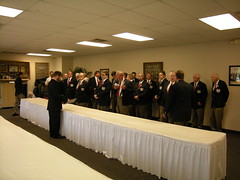 Madison Maennerchor
Getting ready to perform 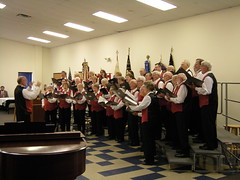 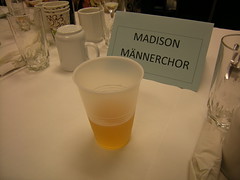 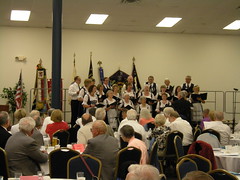 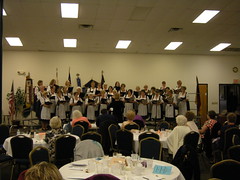 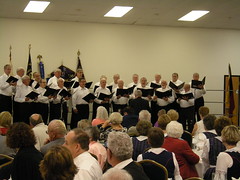 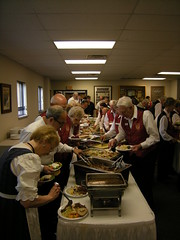 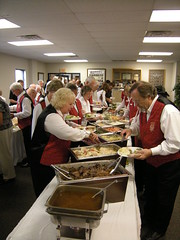 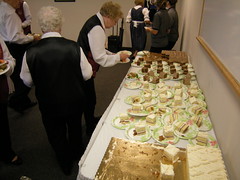 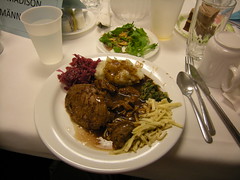 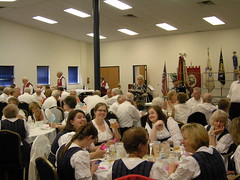 Dinner was enjoyed by all 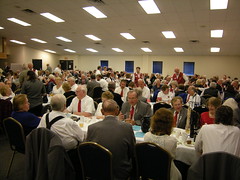 Dinner
After dinner and dessert there was time to talk and replenish fluids as needed.